Most college students owe far less than what you’ve heard

Most college students owe far less than what you’ve heard

In a labor market that tends to reward more credentials with higher salaries, students were quick to take advantage of the new ways to finance a graduate degree. And for many, the investment paid off. Borrowers with student loans of $50,000 or more (a proxy for graduate borrowers) earned about twice as much as those with smaller loans in 2014 and had far lower default rates.

But cracks are starting to show. A growing number of graduate borrowers are going to for-profit schools, which typically don’t lead to good jobs-17 percent attended for-profits in 2014, vs. just 1 percent in 1990. An even larger number are opting for income-driven repayment plans to keep initial payments low, though interest keeps building. The upshot: For the first time starting a few years ago, large-balance borrowers collectively owe more than they did when they first graduated, even though they’ve been making loan payments for a few years.

« A lot more of these big borrowers are struggling, » Looney says. « I’m not so concerned about the doctors and lawyers and MBAs, who’ll be okay in the end. But the people who are borrowing heavily to attend programs that offer no real labor market value-that is troubling. »

Even short of default, these loans can be problematic for parents nearing retirement, a time when income will likely fall and it’s important to be debt-free 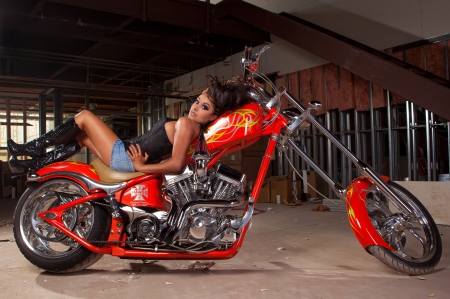 Another worrisome trend: a recent surge in parent borrowing. Although fewer than a million of the nation’s 45 million higher education borrowers are parents, those who do take out loans tend to go big. As a result, in dollar terms, parents now account for 23 percent of the outstanding $1.6 trillion in student loans, up from 14 percent five years ago, the Urban Institute reports.

Middle-class and affluent parents are the most likely to borrow, but a sizeable number of lower-income households use PLUS loans too, including 16 percent of families with incomes below $20,000. Default rates are generally low but for some groups, such as families whose child attended a for-profit school-schools like Strayer University, American Intercontinental University or Walden University-the risks are much higher.

One-quarter of parent PLUS borrowers are 60 or older, according to the Urban Institute, and nearly half of them have less than $50,000 in savings. « I’m worried about the parents who really want to give their kids this opportunity and don’t see another way, » says Baum, who co-authored the report.

It’s a statistic that gets bandied about almost as much as the total debt figure: The average senior graduating from a four-year college today leaves school owing close to $30,000-$29,650, to be precise, according to TICAS. And while that number has basically held steady for the past five years, it’s still more than double the amount students borrowed to get a B.A. in 1996.

Here’s the thing, though: That « average » is heavily skewed by large balances held by a minority of students-most likely, older, independent students who are allowed to borrow more-and probably doesn’t reflect the typical college student’s experience. In fact, three-quarters of students at four-year public colleges and two-thirds of students at private schools graduate with less than $30,000 in debt; about half have borrowed less than $20,000 and four in 10 come in under $10,000. Three in 10 undergraduates have no debt at all.

The typical parent loan last year was $16,452-an increase of 42 percent over a decade-and many borrow every year their son or daughter is in school, and for multiple children

Of course, any amount of college debt can be a drag on a young person just starting out. But other factors may have as big a role, or bigger, in holding millennials back from things like buying a home or starting a family. Like how expensive housing has gotten: In 70 percent of U.S. counties, the average annual salary isn’t high enough for residents to afford a median-priced home. Or the high price of childcare: A new Care survey found that 70 percent of families pay more than 10 percent of their income on childcare; nearly half pay 15 percent or more.